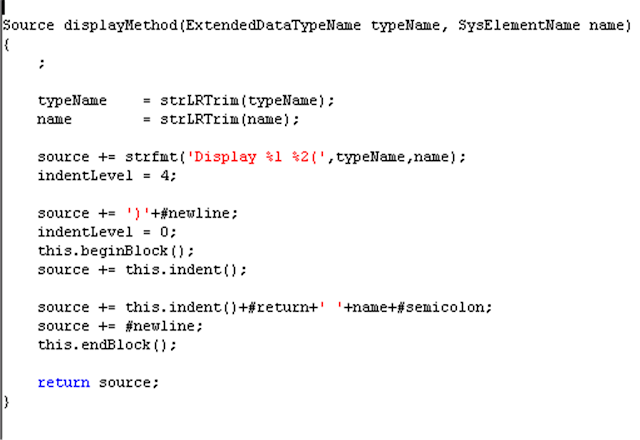 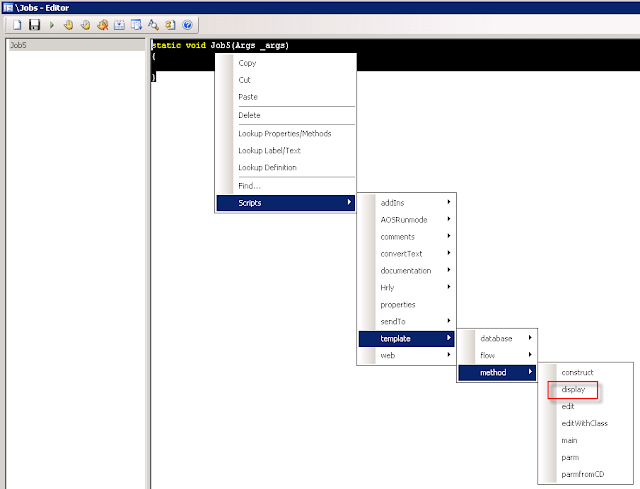 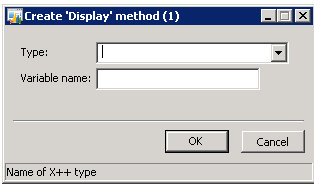 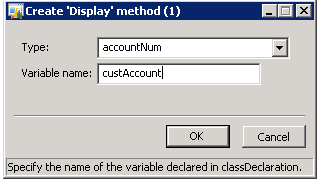 Once you create this template you can have a new display method in a matter of seconds and you can save yourself valuable keystrokes. Go ahead and have fun with the editorScripts class and increase your productivity!
Posted by Unknown at 1:32 AM No comments: